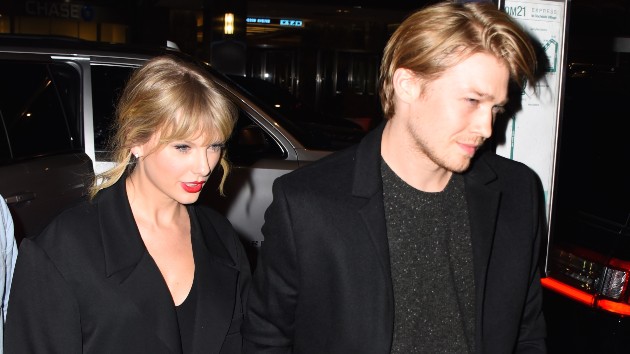 Robert Kamau/GC ImagesYou know she loves a London boy, so it’s no wonder Taylor Swift made sure to be in that city to celebrate her boyfriend’s 29th birthday.

E! Online reports that Taylor and Joe Alwyn were spotted celebrating this past Friday night at London hot spot Bob Bob Ricard, where they were joined by Ed Sheeran, his wife Cherry Seaborn, and two other friends.

An eyewitness tells E!, “They had fun drinking champagne at the table by pushing a button that says ‘Press for Champagne’ and having it immediately dispensed. They were there for several hours enjoying the night.”

Taylor and Joe continue to keep their romance largely under wraps, though he was seen briefly in her Netflix documentary Miss Americana, and they attended the Golden Globes together last month.

As for Ed, he’s been off the radar lately after announcing he was taking a break following his record-breaking two-year Divide world tour.  Last year, he revealed he and Cherry, who’ve known each other since their school days, had secretly gotten married.  Their first official date was at Taylor’s 2015 Fourth of July party.