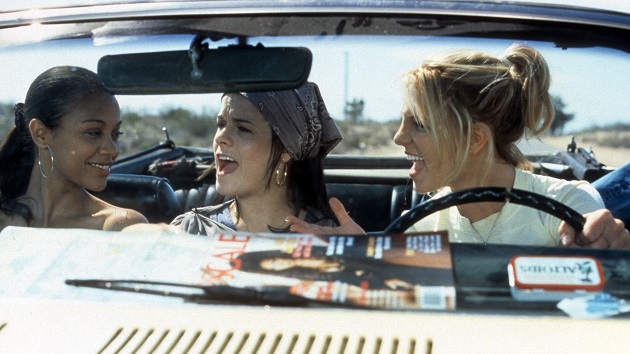 According to the Orange Is the New Black actress, she’s “worried.”

Posting a black and white screen cap of the critically-panned 2002 movie on Tuesday, Manning started off with a disclaimer that she is “not trying to get likes I could care less” before getting candid about Britney.

“I am worried about my friend and co-star,” Continues the concerned Boomkat vocalist, “Too many times we let one go a-stray and never bother to poke our heads around.  ‘Not my chair, not my problem.’”

Manning didn’t delve into details as to why she opened up about her former co-star, but vowed that Spears “is my focus.”  She also encouraged her followers to speak up in defense of Britney, writing “We care. Voice away angels this is your playground.”

Manning played Britney’s best friend Mimi — alongside Zoe Saldana as the Grammy winner’s other BFF Kit —  in the Crossroads movie.

The post reinvigorated the #FreeBritney hashtag, which first exploded in April 2019 when fans petitioned to have the “Toxic” singer freed from her conservatorship from father Jamie Spears.  Fans claimed the pop singer was being held against her will by her family.

Shortly after, the hashtag grew in popularity when Britney checked herself into a mental health facility.

In September, the Spears patriarch was removed by a judge as his daughter’s conservator after requesting to step down amid his health battles.

However, he hand-picked Britney’s care manager, Jodi Montgomery, to take over for him until he’s healthy enough to resume his role.

Britney hasn’t made mention what is going on behind-the-scenes in her life, as she’s busy promoting her recently opened The Zone pop-up experience in Los Angeles, which runs through April.