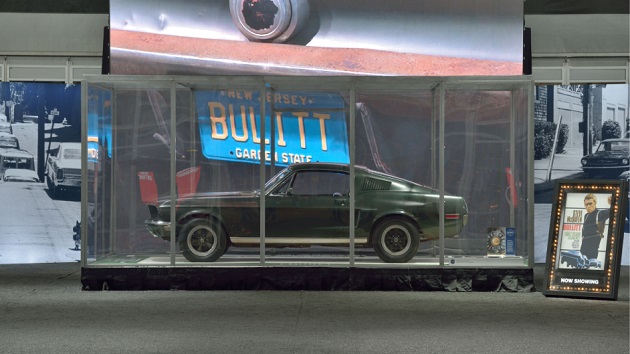 Mecum Auctions(NEW YORK) — Last week, an otherwise-unassuming 1968 Ford Mustang GT Fastback sold for $3.4 million at auction – making it the most expensive Mustang to ever go up for sale. That’s a far cry from the $29,500 figure that Mustangs from that era normally go for according to insurance company Hagerty, and an even further cry from the $2,712 the car originally retailed for in 1968.

Why did this Mustang go for nearly a hundred times more than usual? The answer involves the king of cool himself: Steve McQueen.

Bullitt is a 1968 crime thriller that stars McQueen as Frank Bullitt, a grizzled San Francisco police lieutenant charged with protecting a witness in a high-profile mob case. His ride of choice: a beat-up Mustang. The filmmakers chose the car to reflect the life of an undercover police officer, with a dark green paint job and a selection of dents, scratches, and rust spots for good measure. But it wasn’t just the car’s looks that captured the attention of moviegoers – it was also the chase it was featured in.

Jack Gill was the stunt director on the last four Fast and Furious movies, as well as the chase scenes in Captain America: The Winter Soldier and Death Race. He got his start doing some of the stunt driving for The Dukes of Hazzard and Knight Rider, where the influence of Bullitt loomed large.

“The reason that film holds up over all this time is because every time you see it,” Gill said. “You feel like you’re in the chase with them.”

He says the filmmakers were able to pull that off by mounting cameras inside the cars with the actors, which was a new technique at the time.

Gill says those techniques were so influential, in fact, that he continues to incorporate them into the movies he works on today.

“We still do mounts all over the cars, all over the bumpers, all inside the cars. The only difference we have now is that our mounts move.” He adds, “we take the entire roof off of cars, and move the camera around the inside of the car as if you feel like you’re inside the car but can’t understand how the camera got there. But Bullitt set the stage for all of that.”

And it wasn’t just the visuals that made the Bullitt chase a classic. Gill says the sound design played a role as well.

“To hear the tires screeching and the shifting and the engine revving up – those kind of things are what’s really needed in a car chase today, and we still do it. We still use those little techniques in today’s world.”

The chase isn’t perfect, however. Eight hubcaps fly off the same car at various points throughout the sequence, and the same Volkswagen Beetle shows up in the background of several different shots. But Gill says that’s all part of the charm.

“There’s no doubt that this chase holds up in today’s world.”

LISTEN TO THE FULL STORY HERE