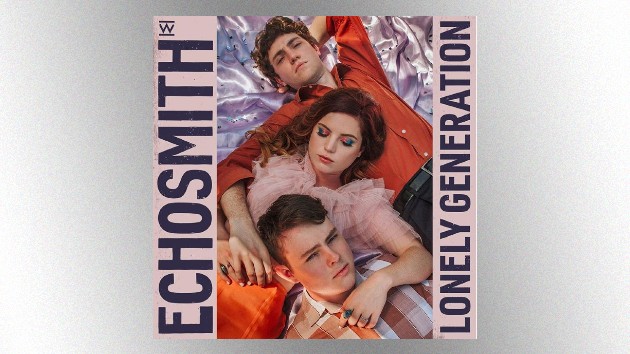 “I think it’s really important that we feel good about our single choices, what the album is called, what the cover looks like, what our videos look like,” she tells ABC Audio. “And we get to do that this time, which feels really, really great creatively.”

The band of siblings — Sydney, 22; Noah, 24; and Graham Sierota, 20 — say the album’s their most personal yet, because they’ve all grown so much since their 2013 debut album.  Both Sydney and Noah are now married, for example.

“I just think we have so much more to say now…things that sometimes feel a little scary to talk about, but I think that’s a good sign,” Sydney laughs. “If it feels scary, I think you should do it!”

“We got to talk about some really deep love connections and friendships…we just got even more vulnerable,” she adds.

As for the album’s title, Noah says it’s about how these days, we still feel isolated despite being more connected than ever before.

“Teen suicide rates, depression rates in young people, they’re exponentially higher than they have ever been. And that’s absolutely terrifying to see,” Noah tells ABC Audio, adding, “We’re seeing how lonely we all are.”

“I think something in our hearts as human beings…it doesn’t work,” he adds. “…We’re all kind of struggling quite a bit with it. And that is going to be something it takes a long time to figure out and I don’t know if we ever fully will. But we’re hopeful!”

Echosmith appears on Live with Kelly & Ryan on Tuesday.  Their tour kicks off February 12.