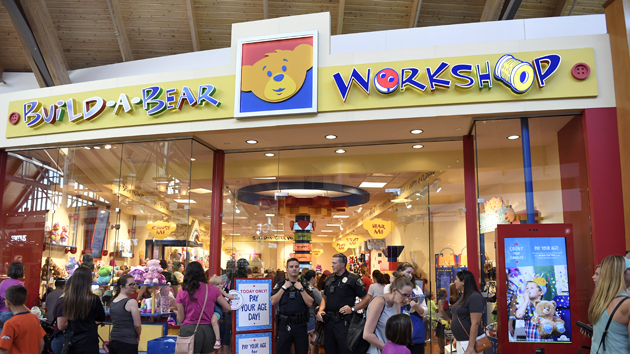 Joe Amon/The Denver Post via Getty Images)(NEW YORK) — 2019 saw the birth of Baby Yoda, the beloved fictional character from the Disney+ series The Mandalorian.  With his oversized green ears, gigantic brown eyes, and overall adorable innocence, it’s no wonder The Child stole the hearts of millions of Star Wars fans.

Thus causing intense demand for official Baby Yoda merchandise as fans scrambled to preorder any and all figurines or toys despite having to wait months for their orders to arrive — such as the official Funko Pop figurine that is slated to hit the shelves in May.

Well, Build-A-Bear is jumping fluff first into the craze and formally announced on Tuesday that Baby Yoda will be coming to their stores very soon.  Business Insider reports that fans can get their hands on a Baby Yoda plush at Build-A-Bear within the next few months.

Company CEO Sharon Price John unveiled the adorable stuffed toy on Tuesday and announced, “I’m excited to share we will be one of the first companies to provide the digital and internet phenomenon who is trending higher than all the presidential candidates combined.”

Turns out Build-a-Bear began mapping out plans to bring The Child to stores since the first The Mandalorian episode aired, according to Price John.  She said the ability to quickly bring such a high in demand toy to fruition was all thanks to the cooperation of Disney and Lucasfilm.

“It’s great, again, to be in business with best-in-class partners,” said Price John.

That said, if you want to hug your very own cute and cuddly official Baby Yoda plush, you now know where to go.

Lucasfilm is owned by Disney, the parent company of ABC News.