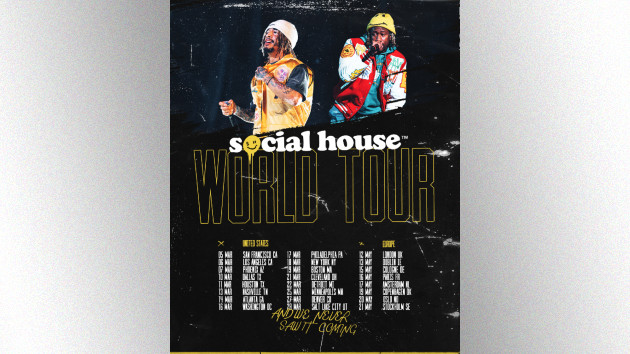 Parsa AraAfter opening for Ariana Grande on her Sweetener tour, Social House will be hitting the road again this spring for their first-ever headlining trek.

The tour, dubbed the And We Never Saw It Coming world tour, will kick off March 5 in San Francisco and include shows at L.A.’s Teragram Ballroom and New York’s Gramercy Theatre.

After completing the North American leg on March 28, the duo will head to Europe, beginning with a London show May 12. They’ll wrap in Stockholm, Sweden on May 21.