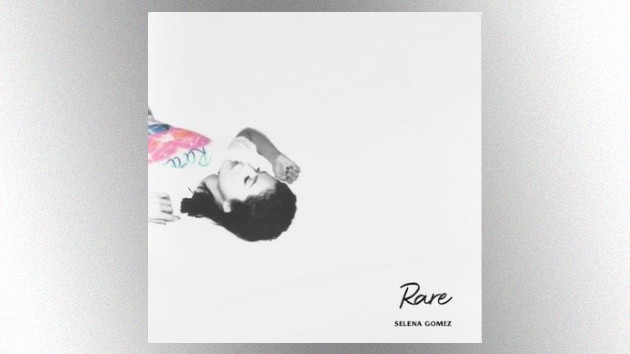 Interscope RecordsRare is officially Selena Gomez‘s third No. 1 album after it debuted on top of the Billboard 200 chart.  The “Lose You to Love Me” singer celebrated the news by issuing a heartfelt thank you to fans.

“Thank YOU so much for making something so personal to me be a moment I’ll never forget,” Gomez sweetly wrote on Instagram late Tuesday. “All I truly desire is for you all to enjoy the music and spread the love.”

Despite celebrating another career milestone, the 27-year-old felt she needed to come clean about something.  “I was a bit embarrassed asking so often for you to stream or buy my album. It felt inauthentic,” she admitted.

Billboard also credits Rare‘s rise on the charts to the bundles Gomez offered on her online store, which paired albums with official merchandise, along with her Target-exclusive deluxe version of Rare that came with bonus tracks.

Besides Rare being the “Look at Her Now” artist’s third No. 1 album, joining 2015’s Revival and 2013’s Stars Dance, it’s her sixth album overall to chart in Billboard‘s top 10.

In addition, Rare produced Gomez’s first chart-topping single on the Billboard Hot 100, “Lose You to Love Me,” which went to the top spot on November 9.  The song currently sits at number 10 as of Tuesday.