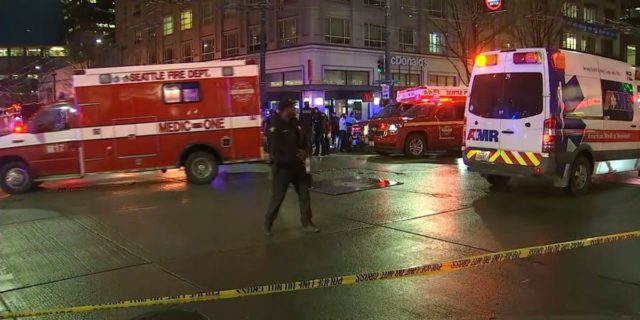 One person is dead and seven people were taken to Harborview Medical Center after a shooting this evening in downtown Seattle. The shooting happened near Third Avenue and Pine Street before 5 p.m.

Police say the suspect fled and the search is on.

This is the third shooting this week in downtown Seattle. Tuesday night, a man died after a shooting inside Westlake Center, and earlier today, there was a shooting involving Seattle police officers and King County deputies near Third Avenue and Blanchard Street.

The current status of tonight’s shooting victims is unknown.