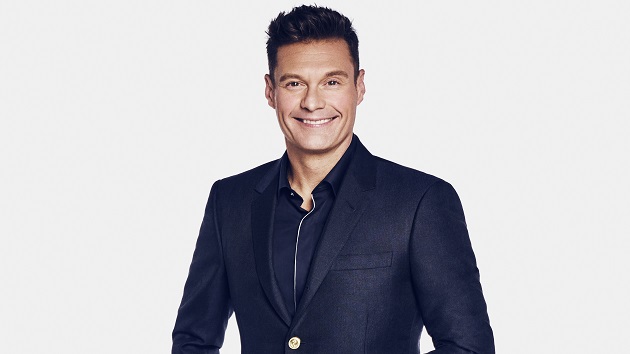 ABC/Gavin Bond(NEW YORK) — It doesn’t look like Ryan Seacrest will be able to live down the hilarious moment he fell out of his chair on live television anytime soon.

The Live with Kelly and Ryan host stopped by The Tonight Show Starring Jimmy Fallon on Wednesday and explained exactly how he ended up on the studio’s floor.

“Normally, we have little balloons that fall down. Well, we went big and got these grand, gorgeous, shiny disco balloons that caught my eye when they first started to come down in the new year,” he explained to host Jimmy Fallon. “I couldn’t stop staring at them, so I’m trying to catch one of the balloons and then, it happens.”

“There was a moment where I almost brought her down with me,” he said.

The American Idol host also revealed that the tumble left him with a bruise on his thigh due to the studio’s “hardwood floor that clearly was just cement with a sticker on top.”

The unexpected moment occurred over a month ago on January 7, yet Seacrest said that he still gets asked about it.

“People will come up to me now and say, ‘Hey, listen, how are you?’… ‘how are you feeling?’… ‘I saw you fall out of the chair,” he recalled. “Well that was the beginning of the year.”