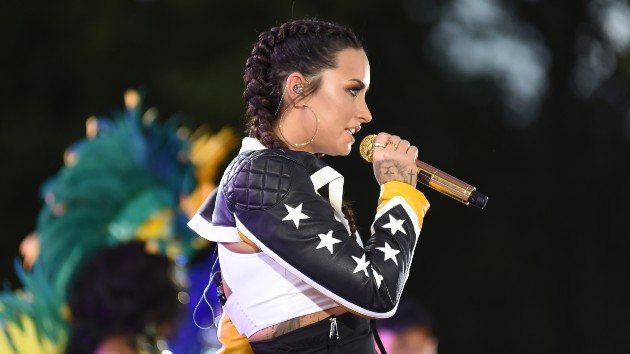 ABC/ Paula LoboWhen Demi Lovato takes the stage this weekend at the Grammy Awards, the song that she’ll perform will have major significance to her.

According to TMZ, Demi will sing a song that she wrote and recorded four days before her overdose in July of 2018.

TMZ claims that Demi vowed while in recovery that if she ever got the chance to do a big performance again, this song would be the one that she’d sing.  In addition, according to TMZ, Demi plans to release the song as a single after the show.  The title of the track isn’t known yet but the lyrics reportedly give an insight into what her state of mind was during that time before her overdose.

As you may recall, in June of 2018, Demi released an emotional ballad called “Sober,” in which she revealed that after six years of sobriety, she’d fallen off the wagon.  It was just a little over a month afterward that she overdosed.

Those days seem to be behind her now: In addition to the Grammy performance, Demi is also singing the national anthem at the Super Bowl on February 3.