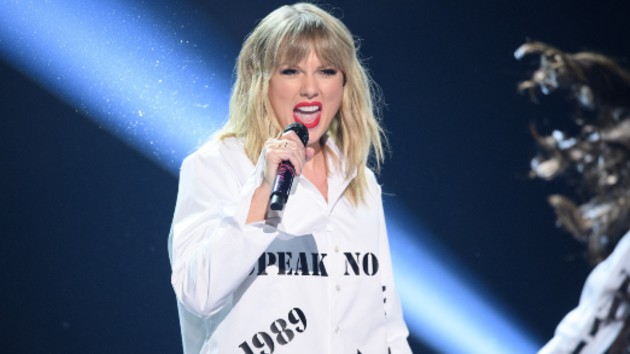 Reese Witherspoon is so proud of Taylor Swift, she barely held back her emotions when gushing about the “Shake It Off” singer’s new Netflix documentary Miss Americana.

Witherspoon, 43, urged fans to watch the new flick in a tweet on Thursday, writing, “Watching @taylorswift13 new doc #MissAmericana, so many incredible moments, but my favorite is watching her face light up when she writes songs.”

Witherspoon finished her thoughts using a 100 and gold star emojis, which is as close to a five-star rating Taylor could hope from the Oscar-winning actress.

Miss Americana is streaming now on Netflix.  It explores Taylor’s songwriting process and her thoughts on her biggest life events — from Kanye West storming her VMA win in 2009 to breaking her silence on politics.

The flick also captured the birth of several tracks that made it to her latest album, Lover.

When watching the creation of “The Man,” which recently debuted a lyric video, Swift explained in the documentary, “Getting to capture on film, you know, getting an idea, that’s one thing that I’m glad I’ll have forever,” she revealed to director Lana Wilson. “I’ll always have kind of a memory of when that idea happened, [or] that idea happened. I’ve never had that before.”

That said, should “The Man” ever be given the music video treatment, we hope Taylor has Reese’s number on speed dial after receiving such a glowing review.