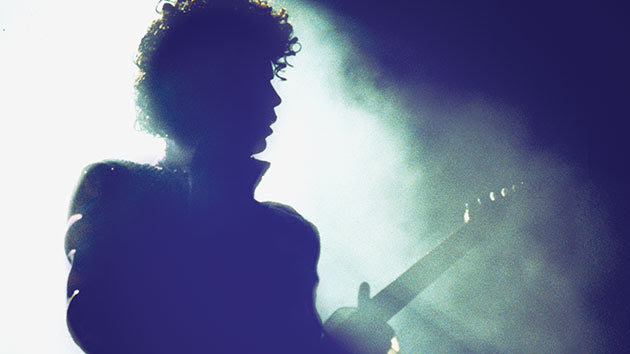 © The Prince Estate. Photographer: Nancy BundtPrince is the latest music legend to be the subject of a TV tribute special.

Let’s Go Crazy: The Grammy Salute to Prince will be taped January 28, two days after the Grammys, at the Los Angeles Convention Center and will air in April on CBS, according to Rolling Stone.

Prince musical collaborator Sheila E. will be the musical director for the two-hour special, along with Prince’s Minneapolis pals and former members of The Time, Jimmy Jam and Terry Lewis.  The Time will perform at the event, as will Prince’s band The Revolution.

Tickets for the concert are on sale now via AXS.com.

Past Grammy Salute specials have focused on The Beatles, Elton John, The Bee Gees, Aretha Franklin and Stevie Wonder. Producer Ken Ehrlich tells Rolling Stone that the idea for paying tribute to Prince has been bandied about for several years, especially following the Prince salute that Bruno Mars did on the Grammy Awards in 2017.

“Sometimes you worry about these things, because when an artist is so iconic, so individualistic and so unique, you get a little bit nervous about having people interpret their work,” says Ehrlich. “But I think, if anything, based on what we’ve done with these past shows, either we’ve gotten a little foolhardy to think that we could do Prince, or we’ve gotten confident that there are artists out there who fit.”