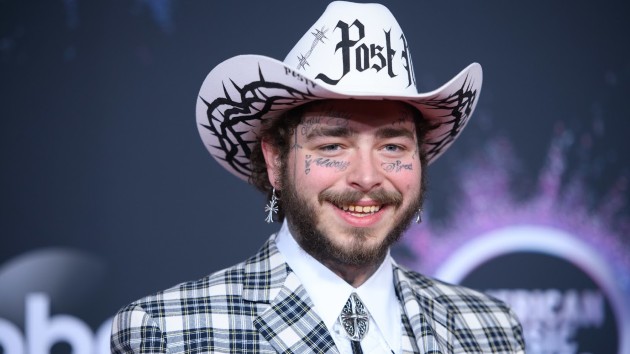 ABC/Image Group LAMark Wahlberg‘s been an acclaimed actor for so many years that it’s hard to remember that he first became famous as the frontman of pop-rap group Marky Mark and the Funky Bunch.  But one person who does remember is Wahlberg’s costar in the upcoming Netflix thriller Spenser Confidential: Post Malone.

Speaking to Rolling Stone, the “Circles” singer talked about what it was like working with Wahlberg on the set of the movie, in which he plays a prison inmate and is billed under his birth name, Austin Post.

“The first time we met, we did an impromptu karaoke session of ‘Good Vibrations,’” Posty tells Rolling Stone, referring to Wahlberg’s 1991 #1 hit as Marky Mark. “The man can dance, he can rap, he can act — he’s just a talented guy.”

Post also tells Rolling Stone that despite having two Grammy nominations, he skipped the ceremony and stayed at home in Salt Lake City, UT, because he said he’d “get into trouble” if he went to L.A.

“I needed a little break because I’ve been partying a little hard, so it feels good to be back home and playing Call of Duty, he explained. “I’m going to take some R&R and get some beauty sleep so my body and voice doesn’t suck on tour.”

Posty will headline a Super Bowl Party this Friday in Miami.  Then February 4, he’ll resume his tour in support of his latest album, Hollywood’s Bleeding.  There’s also new music in the works.