CANNON BEACH, Ore. — A father and his two children were swept into the ocean near Falcon Cove south of Cannon Beach on Saturday afternoon.  He was holding them on the shore when a large wave hit. 47-year-old Jeremy Stiles of Portland and his 7-year-old daughter were rescued.  The girl was pronounced dead at the hospital.  The dad is expected to be ok.The Coast Guard searched for the 4-year-old boy by air.  Their search was suspended at sunset and there are no plans to go back out again. 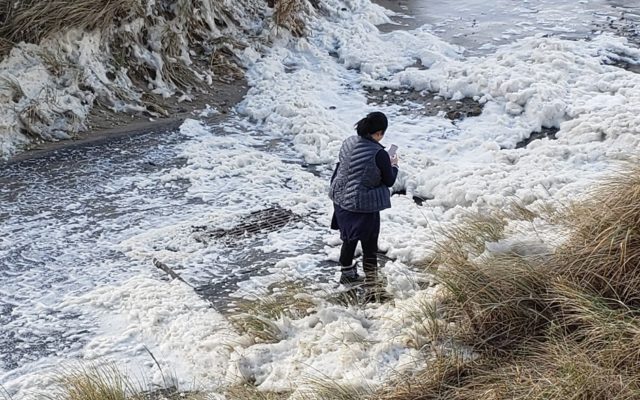 The tides are extremely high this weekend.  King tides as they’re known happen when the moon is closest to the earth.  Experts say it’s a dangerous time to be on the beach.  many people risked their lives to get pictures or move a little closer to the powerful ocean .