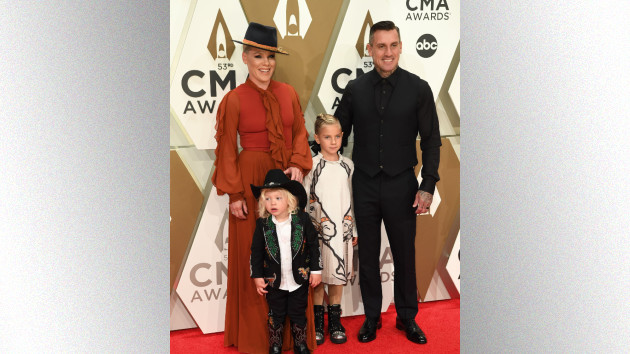 The singer posted a tribute to their marriage and family – which includes eight-year-old daughter Willow and three-year-old son Jameson — on Instagram Tuesday.

“So many years, So many hairstyles,” she captioned a series of throwback photos of the two.

“@hartluck…..We’ve been at this thing a long time, babe,” she continued. “It isn’t perfect, but I’m grateful it’s ours. I love our family. Thank you for walking in front of me, beside me, and right behind me at times. ‘You’re a real man, carey hart.’”

Carey posted his own Instagram message, writing in part, “14 years married to this amazing woman. I’m so proud of the life that we have built together. Both of us came from broken homes, yet we made the choice to work hard at our relationship. And look at us now!”

Pink later posted a photo of the flowers Carey sent her, writing, “Alright I’m not gonna lie when I put that post up earlier I wasn’t really even feeling you that much @hartluck but well played, we’re good. I like you again.”