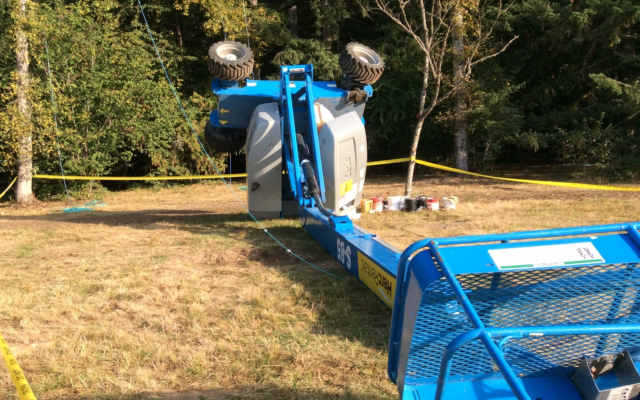 One device would sound an alarm warning against operating the machine on uneven terrain. The other would stop the upward motion if needed…neither worked…and two workers were killed.

OSHA determined that the two alarms on the boom lift had been disabled.

Both Pickathon and GuildWorks have now been fined…a total of 31 thousand dollars.

Aaron Corvin with Oregon OSHA tells KXL the accident was preventable because rules were not followed. GuildWorks was also fined another $6,000 for failing to follow the boom lift manufacturer’s operating and maintenance instructions.