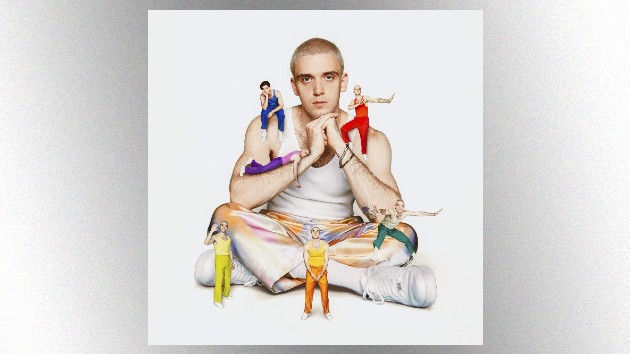 Lauv/AWAL Recordings AmericaIf you need a soundtrack for your New Year’s Resolution, Lauv‘s got your back.  He just released a new single called “Changes,” in which he describes all the positive changes he’s going to make to his life.  And as he told ABC Audio, he’s not just singing about them, either.

In the first verse of “Changes,” Lauv sings, “I think I’m gonna take a break from alcohol/probably won’t last that long.”  And indeed, that’s just what the singer is doing.

“A big one for me is, I’m doing dry January, which sounds maybe cliche but I’m excited for that, just to have, like, a clear mind,” he told ABC Audio when asked about his goals for the new year.

In a statement, the “I Like Me Better” singer adds, “I wrote ‘Changes’ about being at a point in my life where it just wasn’t working for me anymore. I wasn’t happy with myself, with the way I was living, and I felt like I needed to grow and evolve. It’s one of my most personal songs, and a massive favorite from the album.”

“The album” is Lauv’s major goal for the year: He’s finally releasing his long-awaited debut, ~how i’m feeling~, which arrives March 6 with a whopping 21 tracks.

In 2020, Lauv will tour Mexico, South America, Europe and Asia. So far, he hasn’t announced any 2020 North American dates.