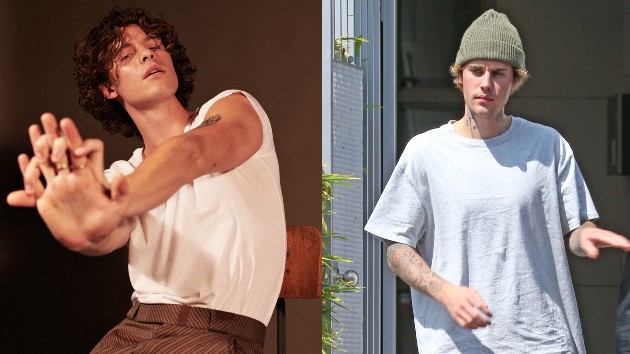 Shawn announced the news on his social media on Monday, along with a 13-second video clip of haunting-sounding music. “#MONSTER friday nov 20th @justinbieber. Next single from #WONDER,” he wrote.

Shawn had hinted at some kind of collaboration with a post on his Instagram Stories that showed him wearing a “Drew” sweatshirt: Drew is the name of Justin’s clothing brand.

In addition to them both being Canadian, Shawn and Justin have something else in common: They both got their start in music posting cover versions on YouTube.

One of Shawn’s most popular postings, however, was on the now-defunct platform Vine: It was a cover of Justin’s “As Long As You Love Me.”  That started his career, and he was subsequently discovered thanks to his popularity on Vine.