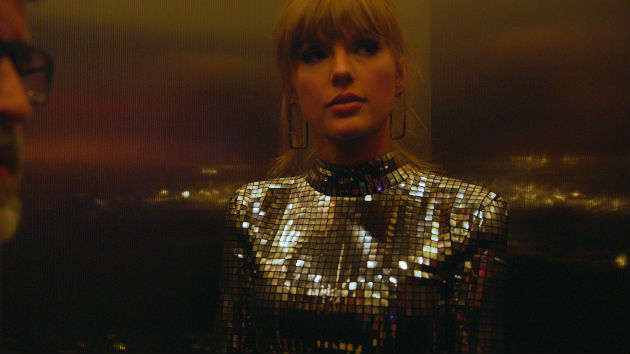 The new Taylor Swift documentary Miss Americana is now streaming on Netflix.  And even if you’re not a Swiftie, there’s still a lot that you can get out of watching, says director Lana Wilson.

“I really wanted to make a movie where you don’t have to be a fan of Taylor Swift to still be able to connect to it,” Wilson tells ABC Audio. “I think that it’s about someone being true to themselves, and I think that watching what Taylor has gone through over the last year can be inspiring for anyone who feels like their problems are bigger than them.”

“Taylor went through all this pain and then stood up and became the person she wanted to be,” Wilson adds.  “I think it’s special for anyone to watch that — and especially for young people to watch it.”

In fact, Wilson says Taylor made Miss Americana because she was “going through a transition period in her life…and was aware that some of the stuff she was going through was stuff that other people could relate to.”

“There’s a lot that people can relate to, find comfort and be inspired by here,” says Wilson.

While Miss Americana shows many intimate, behind-the-scenes moments — Taylor recording her album, revealing her eating disorder and trying to convince her team that it’s the right thing to do to speak out politically — we only get glimpses of Taylor and her boyfriend, Joe Alwyn.

“She was extraordinarily open and candid about everything,” Wilson says of Taylor. “[But] with her relationship, she does want to keep it private. And I really wanted to respect that, while also being able to give a sense of what a big and positive role her relationship is in her life.”