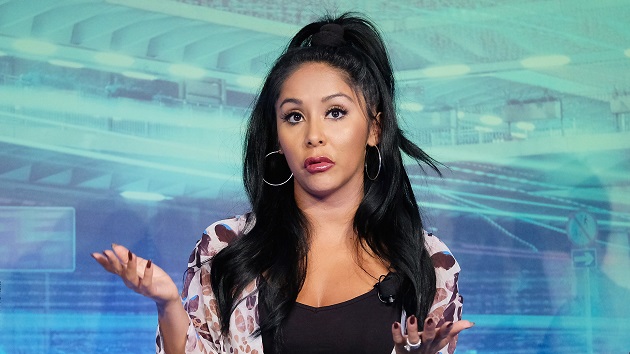 D Dipasupil/Getty Images for Advertising Week New York(LOS ANGELES) — The holiday shopping period brought Peloton into the limelight for its infamous commercial that left viewers scratching their heads.  Regardless, the fitness bike made a popular gift during the holidays and even convinced Jersey Shore star Nicole “Snooki” Polizzi to grab one.

Unfortunately, her intense workout triggered a less than savory side effect.

On her Instagram stories on Wednesday, Snooki excitedly vlogs about her ride by proudly showing off that she joined a live class.  That excitement soon turned into some soul searching as the reality TV star discovered that she accidentally peed herself.

Seeking affirmation, Snooki turned to new moms who may be watching her Peloton journey and asked, “Do any other moms pee on the Peloton?”

“I mean it’s not on purpose,” She pants while bravely continuing her workout before nearly losing her balance, “You’re just like…’Whoa!’”

She then blamed the culprit of her unintended accident on “Giving birth problems,” which she wrote in all caps.

Polizzi gave birth to a son, Angelo, in May of last year.

Losing control of one’s bladder is a possible side effect of giving birth, as it’s called postpartum urinary incontinence.  At least seven million new moms experience it whenever partaking in a strenuous activity, from biking to even sneezing, as explained by Parents.com.

Snooki promptly steers the conversation away from her little accident by calling out a “Drew,” presumably her bike instructor, for not believing that really was her on the Peloton.  She does that by doing a series of walking handstands.

The reality star finally surmises her first Peloton experience by stating “That was the most amazing thing I’ve ever done.”

As if her next workout will trigger another bout of postpartum urinary incontinence?  That all depends on the type of class Snooki takes next.