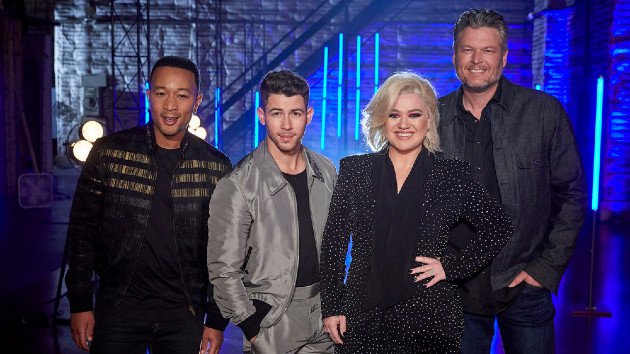 Trae Patton/NBCThe Voice coaches that sing together, stay together.

Ahead of Nick Jonas’ debut as a new coach on The Voice next week, he’s enlisted his fellow coaches Kelly Clarkson, John Legend and Blake Shelton for a live rendition of his hit song “Jealous.”

In a video clip of the performance, Nick kicks off the song before John joins him on the first verse. Then Blake and Kelly come in for the chorus. It wasn’t the first time Kelly has covered the track. She sang it during her Radio City Music Hall tour stop in New York back in 2015.

The performance is available to watch on YouTube now, but it will also air during the season premiere episode of The Voice on Monday, February 24 at 8 p.m. ET on NBC.