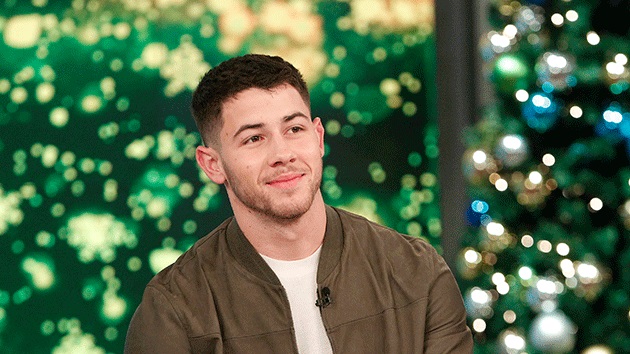 ABC/Lou RoccoSometimes, being the third wheel has its perks.  For example, Glen Powell, Nick Jonas‘ good friend, decided to completely ruin what would have been a thoroughly romantic moment.

The three were cruising on the open tropical waters during a dreamy sunset when Jonas decided to take a slow motion video of him sharing a sweet kiss with his wife, Priyanka Chopra set to Celine Dion‘s “The Power of Love.”  In the end, he still managed to catch a memorable moment.

On Sunday, Powell posted the aforementioned video to Instagram and gloated about his epic photobomb.  “I LOVE LOVE @nickjonas @priyankachopra,” he goofily captioned as the video shows him leaning into the frame and smiling creepily into the camera before the lovebirds can attempt locking lips.

Instead of rebuking Powell for his interruption, celebrities couldn’t help but laud his prank.  Gwyneth Paltrow weighed in with a practical, “Can’t say I blame ya” while Sarah Hyland laughed, “Honestly same.”

Other celebrities did chide Powell for his stunt. Queer Eye‘s Tan France wrote “Hahaha.  You dummy” and Mindy Kaling wrote a succinct, “ridiculous.”

However, the best comment came from Chopra, who wrote an less than enthused, “hahahahahahaha.”

That said, Powell should keep one eye open in his future videos, as Chopra and Jonas may just return the favor.