New Justin Bieber single “Holy” available to pre-save; is Chance the Rapper on the track? 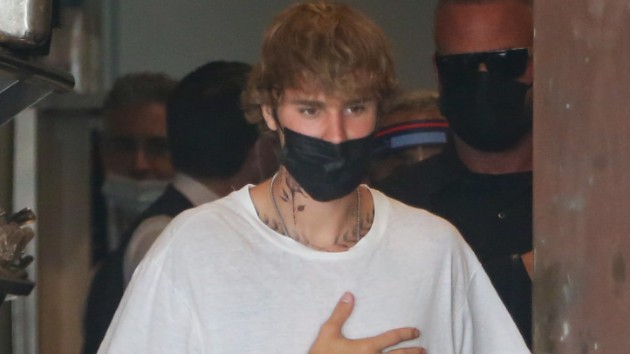 BG004/Bauer-Griffin/GC ImagesJustin Bieber’s latest album Changes hasn’t even been out for a year, but it seems like he’s already starting a new era.

The website JBSoon.com reveals that a new single, “Holy,” is now available for pre-saving.  The track is reportedly coming this Friday; on Monday, Justin tweeted, “FOUR DAYS.”

Meanwhile some fans are speculating that Chance the Rapper features on the track, because Justin also retweeted a post by Chance in which he wrote, “I know he made you a snack like Oscar Proud” — in reference to the character on The Proud Family who sells his own line of not-very-good snack foods.

In other Justin news, he and wife Hailey Bieber are celebrating two years of marriage. He posted a video of Hailey singing along to Jhené Aiko‘s “Never Call Me,” with the caption “2 years today.”

And it just so happens that Chance the Rapper wrote in the comments, “Happy Anniversary yall! We love and miss u.”

Coincidence? We think not.