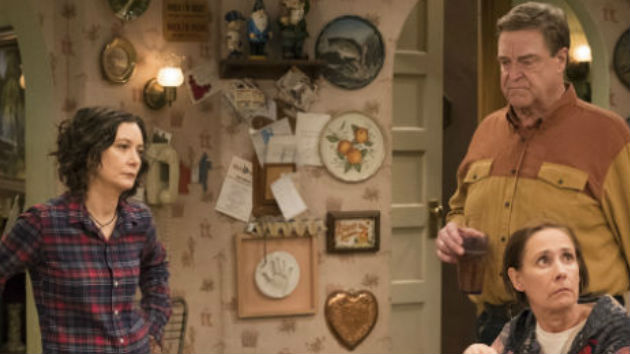 While the show is filmed live in front of a studio audience on the regular, the sitcom is going live on both coasts tonight, in an episode that will incorporate the news of the day — which includes the Democratic primary in New Hampshire.

“Nervous!” is how Laurie Metcalf and her co-star and producer, Sara Gilbert, described to ABC Audio their feelings about the special show.

Metcalf is no stranger to performing live, as she’s a Tony-winning, veteran stage actress, but the episode is different.

“Yes, theater is live, but you’ve rehearsed for four weeks and you know what you’re doing and and it’s not being recorded for posterity,” Metcalf laughed.

“Yeah, no one can play back your mistakes, right?” Gilbert added.

The actresses explained how different the usual live recording of The Conners is compared to tonight’s show. “Well, we we do each scene at least two times, maybe three. But this [episode] won’t,” said Mecalf.

Gilbert comments that flubs on a recorded show are common, and, “it’s like not a big deal really. If you make a mistake — like you try not to — but mistakes happen, almost every scene!”

She adds, “This is different. I’m going to be drilling my lines.”

As for tonight’s episode, the plot details are still under wraps. “I do know,” producer Gilbert hints, “but I don’t know how much of that I’m allowed to say. But with all I can say is we, you know, at least one of the characters is following the primary.”

The Conners airs at 8 p.m. on ABC; the episode will be performed live twice, to take into account viewers on the East and West Coasts.