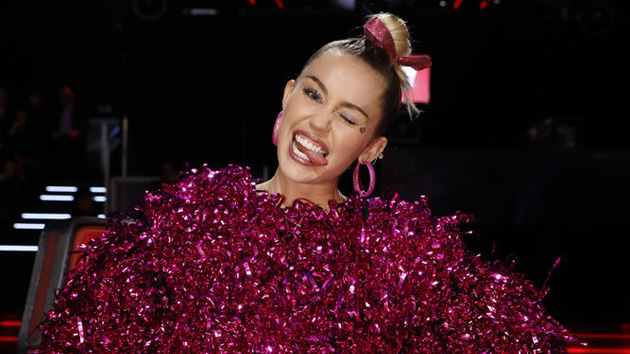 Trae Patton/NBCMiley Cyrus has taken the scissors to her long blonde locks once again.  This time, she’s rocking a look similar to the one her father Billy Ray Cyrus flaunted circa his “Achy Breaky Heart” days.

In every photo, Cyrus is sporting biker boots, high waisted jeans, and a breezy white v-neck tee as she shows off her chunky jewelry and various tattoos.  Also, her hair is now chopped to the shoulder and a lot messier than before.

Older brother Trace Cyrus complimented his sister’s new ‘do, writing “Yooo cool mullet kid” with a rock on emoji, to which Miley shot back a sweet, “learned from the best!  My big bro!”

Fans also praised the “Wrecking Ball” singer’s new look, comparing it to The Runaways.  However, most the excitement appears to be over the promise of brand new music.

With Cyrus recently wrapping up the previous decade with an emotional recap video, it appears the singer is looking forward to a new era and will be bringing some serious rocker vibes with her.