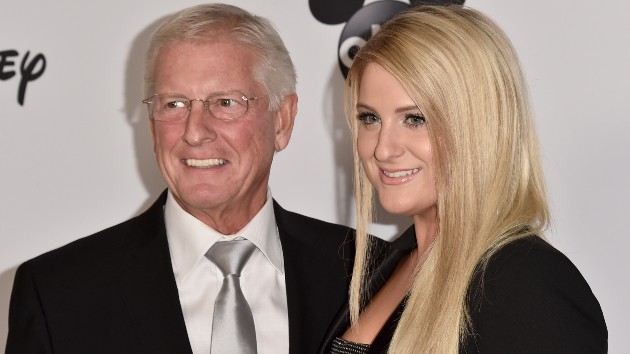 Alberto E. Rodriguez/Getty ImagesOn Sunday, Meghan Trainor was at her dad’s side following a scary situation: He was hit by a car a few days before.

ABC News learned that Gary Trainor was hit by a car in L.A. Friday night; however, it was not a hit-and-run.  The driver stayed at the scene as police arrived.  After being transported to a nearby hospital, Mr. Trainor was “lucid enough to talk to officers” who followed up with him.

On Instagram, Meghan posted a photo of herself posing with Gary, and wrote, “I’m with my dad now. Thank you for all your sweet messages. It was all very scary but he is the strongest man I know.”

Meghan and her father are very close.  He helped her get started in her music career, and when Meghan was 12, he even performed with her in a cover band that also included her aunt and her younger brother.  Mr. Trainor has also been Meghan’s “date” at various awards shows.

Last month, Mr. Trainor made a surprise appearance on The Voice UK, on which Meghan is a coach.  He showed off his piano skills on a rendition of the early rock ‘n roll classic “Shake Rattle & Roll,” while Meghan’s fellow coach, pop legend Tom Jones, provided the vocals.