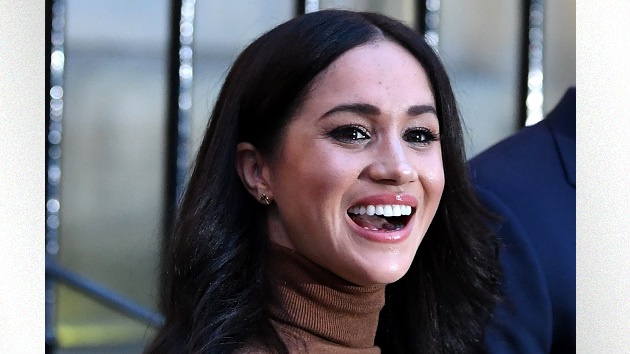 DANIEL LEAL-OLIVAS – WPA Pool/Getty Images(LONDON) — While the world still comes to grips with a royal family without Prince Harry and Meghan Markle, the newly independent couple may have already joined a new royal family.  The Disney family.

Vanity Fair reported on Sunday that the Duchess of Sussex reportedly signed on to be the latest employee of the Walt Disney Corporation as a voiceover artist.

The project Markle has reportedly joined is still unspecified, but details claim she agreed to the deal on the condition that her pay will be donated to the charity Elephants Without Borders.

It is believed Markle struck a deal with Disney execs when she and Prince Harry attended the London premiere of The Lion King.  While many went gaga over the news that the royal couple had a conversation with Beyoncé and Jay Z, some may have missed reports of Harry’s meeting with Disney CEO Bob Iger.

A resurfaced video, which was posted by People show the two discussing the Duchess’ potential prospects.

Harry is overheard telling the CEO, “You know she does voiceovers,” to which an interested Iger says, “Oh, really?”

The Duke of Sussex remarks that the Disney head seemed surprised by the news before revealing, “She’s really interested.”  In kind, Iger responds, “Sure.  We’d love to try.”

The former royal couple are reportedly eyeing a move to Canada after announcing last Wednesday that the two will “step back as ‘senior’ members of the Royal Family” and will “balance our time between the United Kingdom and North America.”

The two also touched upon “the launch of our new charitable entity,” which has outlets wondering if Disney may possibly have a hand in that prospect, too.