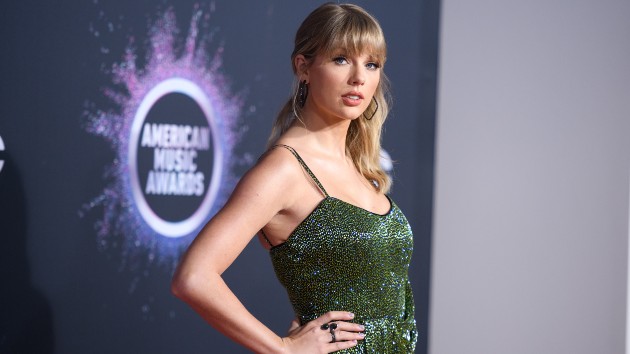 ABC/Image Group LATaylor Swift pulls double duty in her new video for “The Man”:  Not only did she direct the clip, but she stars in it too, in disguise as, you guessed it, a man.

The man who Taylor plays is essentially the character Leonardo DiCaprio played in Wolf of Wall Street, which is fitting, considering she namechecks the actor in the lyrics.

Bearded, dark-haired and wearing a suit, Taylor as “The Man” treats her employees terribly, manspreads and smokes on the subway, has one-night stands, parties on a yacht with bikini girls, treats women like objects, throws a violent tantrum on a tennis court, and even relieves herself against a subway wall scrawled with the names of her albums. Yet when “he” deigns to pick up a child in a park, he’s hailed as “World’s Greatest Dad.”

Flash forward years and “The Man,” now a decrepit old man, is shown marrying a much, much younger woman as everyone cheers.”

At the end, in the middle of the tennis court tantrum, we hear Taylor yell cut and “he” comes over to herself in the director’s chair and asks, in a voice dubbed by Dwayne “The Rock” Johnson, “Hey, just checking.  Was that last take more what you had in mind?”

To which Taylor replies, “Pretty good. Could you try to be sexier?  Maybe more likeable this time?”  To which “she” replies, “O.K. no problem.”  Taylor the director then praises a female actor who had a non-speaking role in the same scene, telling her, “Excellent work over there…that was astonishing.”