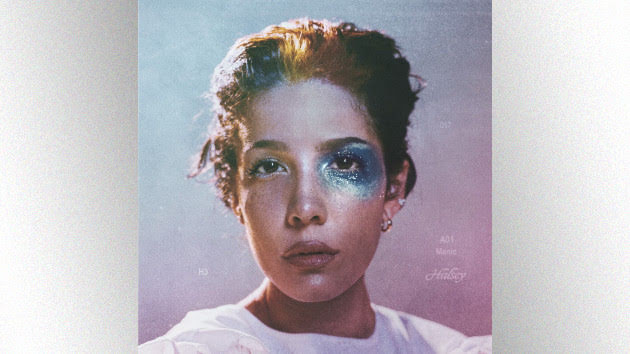 Capitol RecordsHalsey‘s long-awaited new album Manic — the follow-up to 2017’s Hopeless Fountain Kingdom — is finally here.  The singer has noted that the record has a lot of different moods, but she’s also revealed that it has something her previous albums don’t: a sense of humor.

In an interview with Australia’s Triple J Radio, Halsey says she originally set out to make an angry album, but after doing some soul-searching about her relationship with the “manic” aspect of her personality, that idea went out the window.

“I started to kind of like, forgive that part of me a little bit…and then the album just completely changed shape. It became like really colorful and really organic. And it almost has, like, a sense of humor,” she explained.

“In the past, I’ve just, like, I’ve taken myself so seriously and who can blame me?” Halsey continued. “I was 19 years old and I was putting out my first album and I just wanted everyone to take me seriously. So I thought [they] — and I — had to take myself supremely seriously, too. But it made me realize I was missing out on, like, a whole part of myself… so this album is…a little more tongue-in-cheek.”

Another difference between Manic and her past work, Halsey said, is the way she recorded it.

“I used to make, like, really synth-y, dark kind of stuff, like, more electronic-leaning, and all this new stuff is like live drums, live piano, live guitar, all recorded at my house,” she said. ‘Cause the album’s…about me. It’s about a human. So I wanted to sound like a human made it, instead of a computer.”

Halsey will celebrate the release of Manic with a free performance in L.A.