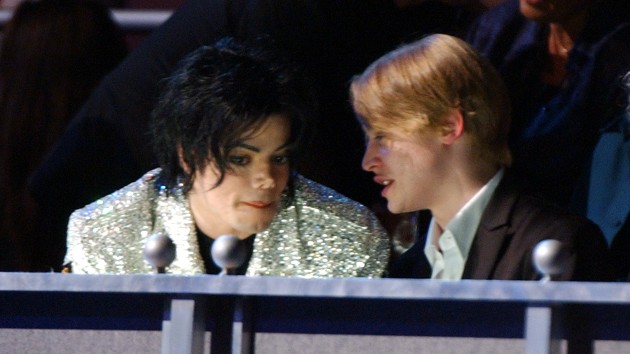 Kevin Kane/WireImageLast year, the HBO documentary Leaving Neverland once again raised the question of whether Michael Jackson was guilty of sexual abuse. But a star who was very close with the King of Pop during the ’90s tells Esquire magazine that he never saw any evidence of that.

Macaulay Culkin, who shot to fame as a child star in 1990’s Home Alone, was a good friend of Michael Jackson’s, and even appeared in his video for “Black or White.”  He even testified in MJ’s defense during his 2005 abuse trial, at which Jackson was acquitted.  Now, in a cover story, Culkin insists to Esquire that he has nothing bad to say about the late legend.

“I’m gonna begin with the line — it’s not a line, it’s the truth: He never did anything to me. I never saw him do anything. And especially at this flash point in time, I’d have no reason to hold anything back,” Culkin tells Esquire.

“The guy has passed on. If anything — I’m not gonna say it would be stylish or anything like that, but right now is a good time to speak up. And if I had something to speak up about, I would totally do it. But no, I never saw anything, he never did anything.”

Culkin then relates a story about running into James Franco on a plane.  He says Franco, referring to Leaving Neverland, said to him, “So, that documentary…what do you think?”

By the way, Culkin is godfather to MJ’s daughter Paris, and they’re close to this day — they even have matching tattoos.