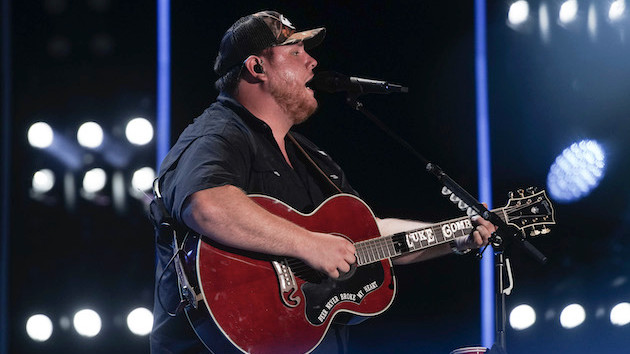 It seems like Luke Combs can do no wrong on the country charts.

The upstart hitmaker just scored his ninth consecutive number-one single on the Billboard Country Airplay chart with “Lovin’ on You.” It took the song just 12 weeks to get to the top, making for the fastest run to number one of any single of Luke’s career. Previously, his personal record was 13 weeks, courtesy of 2019’s “Beer Never Broke My Heart.”

With his nine-song run, Luke is tied with Thomas Rhett for the longest consecutive string of number-one hits on the Country Airplay chart. Thomas netted his ninth chart-topping hit with “Beer Can’t Fix,” a duet with Jon Pardi, earlier this summer.

“Lovin’ on You” follows Luke’s most recent chart-topper, “Does to Me,” a duet with Eric Church.

Both of those songs, as well as “Beer Never Broke My Heart,” are featured on Luke’s sophomore album, What You See is What You Get. Last month, the singer announced plans to unveil a deluxe version of that album in the fall, featuring five new tracks.

It’s been a big week for Luke thus far. Not only is he celebrating a number-one song, he also notched six 2020 CMA Award nominations, including his first-ever Entertainer of the Year nod.