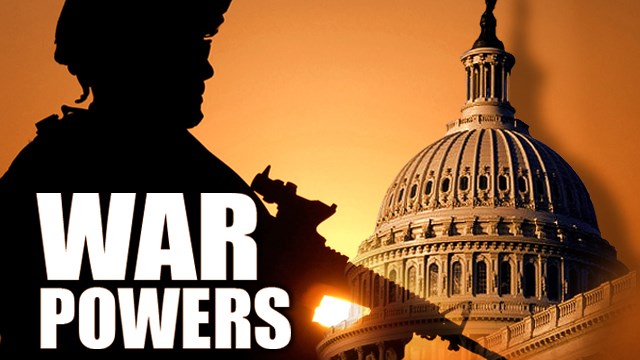 Washington, D.C. – Local lawmakers voted along party lines on the War Powers Resolution yesterday. Oregon Rep. Suzanne Bonamici, a Democrat, voted in favor of it. Republican Congressman Greg Walden voted no. The Columbian reports Washington’s Jaime Herrera Beutler, a Republican from Battle Ground, also voted against the resolution. Stay connected with Fm News 101 KXL for the latest on the situation in Iran

Congresswoman Suzanne Bonamici (D-OR) released the following statement after the House passed a War Powers Resolution to limit military action toward Iran. “Congress has an important role in maintaining our country’s security,” said Congresswoman Suzanne Bonamici. “Passing a War Powers Resolution today was a clear stand – backed by the powers the Constitution granted to Congress – against President Trump’s reckless decisions that escalated tensions with Iran, endangered our troops, and risked dragging us into another war. “War should be a last resort, waged only under the rarest of circumstances when our national security is in direct jeopardy and no other option is available. The sparse evidence presented by the Trump administration to justify its actions has not met that standard. I will continue to do all I can to prevent a war with Iran and to exert the oversight of Congress in this serious matter.”

Representative Greg Walden (R-Hood River) released the following statement after he voted no on the War Powers Resolution: “I came away from yesterday’s classified briefing more convinced than ever that the President, as Commander in Chief, was right to protect American troops and diplomats in Iraq–and to prevent terrorist attacks there and elsewhere–by taking out Qassem Soleimani. General Soleimani was directly responsible for the deaths of hundreds of American military members and the maiming of many more. He was the mastermind of terrorist activities, often through surrogate organizations, all across the region. Even President Obama’s former Secretary of Homeland Security said he was ‘…a lawful military objective.’ I can only imagine what the political narrative would be today if the President had not acted based on the intelligence data we had, and the terrorists had carried out their plans.
“Meanwhile, the action of the House today plays into the hands of the Iranians who want us to leave the Middle East to them.  Moreover, because we voted on a House concurrent resolution — unlike a joint resolution — it could never have the force of law and could never reach the President’s desk. That makes it little more than a press release.”

Reigniting a constitutional debate over war powers, the Democratic-controlled House has approved a resolution asserting that President Donald Trump must seek approval from Congress before engaging in further military action against Iran. The war powers resolution is not binding on Trump and would not require his signature. But House Speaker Nancy Pelosi nonetheless insists it “has real teeth” because “it is a statement of the Congress of the United States.” The House has passed the measure, 224-194, with almost no Republican support. GOP lawmakers are calling it a meaningless vote and little more than a “press release” intended to attack Trump.