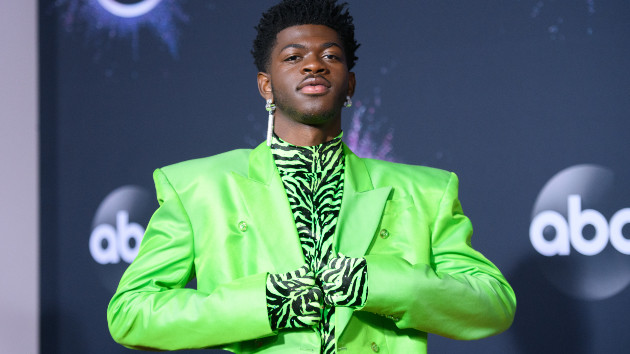 ABC/Image Group LALil Nas X made “The Happiest Place on Earth” even more exciting with a surprise appearance for some special children.

According to the official Instagram page for Bert’s Big Adventure, an organization that provides free trips to Disney World for children who have life-threatening illnesses, the Grammy-winning superstar paid a visit to a Bert’s Big Adventure group during their recent trip to Disney in Orlando, Florida.

Lil Nas X had a dance party with the children, and also performed his signature smash, “Old Town Road.” He also posed for photos and supplied all the kids with signed cowboy hats.

“The kiddos promptly lost their minds, and everyone was on their feet and singing along while the rapper performed his record-breaking hit, ‘Old Town Road,’” the organization describes, sharing a gallery of photos that show the star performing and engaging with the Bert’s Big Adventure kids and their families.

“He was so kind and thoughtful,” they add. “It was an experience to last a lifetime!”

Lil Nas X made history in 2019 when he and Billy Ray Cyrus‘ remix of “Old Town Road” became the longest-running number-one song in the history of the Billboard Hot 100. He and Billy Ray also took home two 2020 Grammy Awards for Best Pop Duo/Group Performance and Best Music Video.