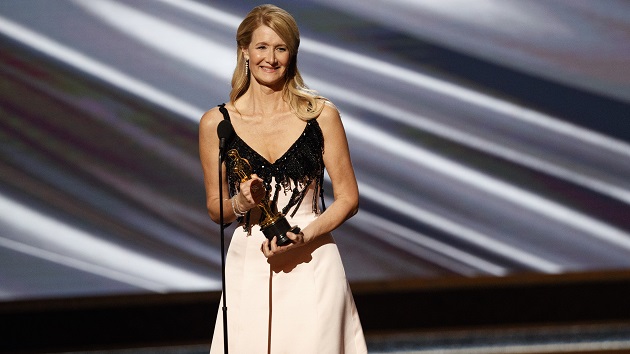 The actress took home the award for Best Supporting Actress on Sunday for her role in the Netflix film Marriage Story. In the film, which starred Scarlett Johansson and Adam Driver, Dern acted as the fierce lawyer who assists Johansson’s character with her divorce.

“Some say, never meet your heroes, but I say if you’re really blessed, you get them as your parents. I share this with my acting heroes: my legends Diane Ladd and Bruce Dern,” she said as the audience erupted in cheers. “You got game. I love you.”

Even sweeter?  Dern’s date to the Oscars was her mother.

Dern was also a part of the cast of Little Women which was nominated for a total of six Academy Awards.