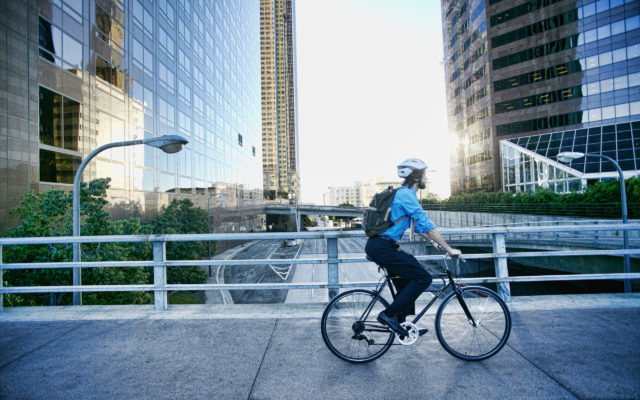 Matthew Fleming was the sous chef at the Hotel Murano in Tacoma, Washington, until coronavirus forced forced him of a job. The Tacoma News Tribune reports that Fleming reached his breaking point about a week ago. “I was so angry over the situation and over why I was losing my job,” he says. “It wasn’t my fault; it wasn’t the company’s fault. I wanted to scream.”

Instead of simply screaming in his living room, however, Fleming wondered whether there might be money to be made for a guy with a bicycle willing to shout messages at people, so he created an account on Instagram–handle: @tacoma_shout_outs–and began delivering high-volume messages to people around the city for $1 apiece. (He’s got a Venmo account as well.)

On Monday, he delivered 17 oral bike messages over a five-hour period and business has “just kind of exploded” since. Fleming says that many of the communiques appear to be “weird inside jokes between friends,” Fleming said, but he’s also delivered birthday wishes, plenty of “I miss you” sentiments and even a few “raunchy” messages.