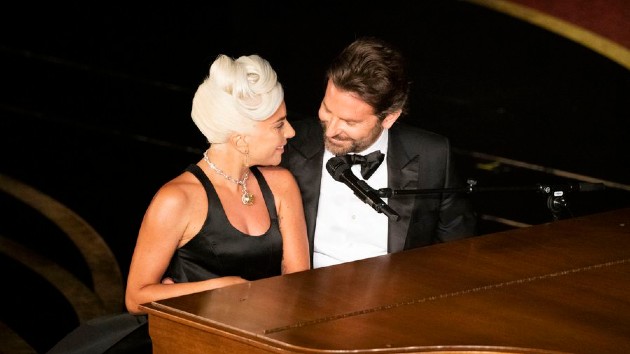 ABC/Ed HerreraBelieve it or not, Lady Gaga is still winning awards for “Shallow,” from her hit movie A Star Is Born.

On Wednesday, Gaga and Bradley Cooper‘s steamy duet of “Shallow” at the Academy Awards last year was named TV Musical Performance of the Year at the Dorian Awards, which are given out by GALECA, the Society of LGBTQ Entertainment Critics.

But that wasn’t even the biggest award Gaga won, according to The Wrap.  She was named Wilde Artist of the Decade, beating out Little Women director Greta Gerwig, Pose, Glee and American Horror Story creator Ryan Murphy, Pose star Billy Porter and Emmy-winning Fleabag star and creator Phoebe Waller-Bridge.

The award Gaga won was named “Wilde” Artist of the Decade because the Dorian Awards are named in honor of 19th century queer icon Oscar Wilde and his novel The Picture of Dorian Gray.

Meanwhile, Taylor Swift may or may not be happy to find out that her movie CATS was also honored at the Dorian Awards: It was named Campy Film of the Year.