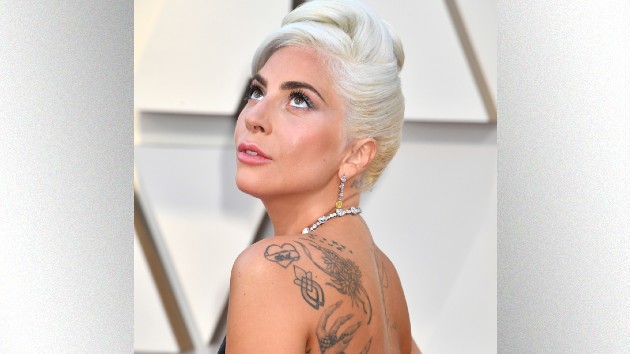 Last March, Gaga famously tweeted, “Rumors I’m pregnant? Yeah, I’m pregnant with #LG6.”  But after that, nothing — until now.  This Friday at midnight, the star is finally dropping a new single: “Stupid Love.”

If that title sounds familiar to you, it’s because the song reportedly leaked in January.  But even before that, Little Monsters knew the singer was releasing a song by that title.  How?  In October, she posted an odd Halloween-themed photo on Instagram.  In the foreground of that photo was a smartphone with a screen displaying the words “Stupid Love.”

Not only that, but Gaga superfans also unearthed a tweet from last August that made reference to a song leak and a copyright claim, both involving a song called “Stupid Love.”

The song, the lead track from Gaga’s long-awaited sixth studio album, will be her first new music since her award-winning soundtrack from A Star Is Born.