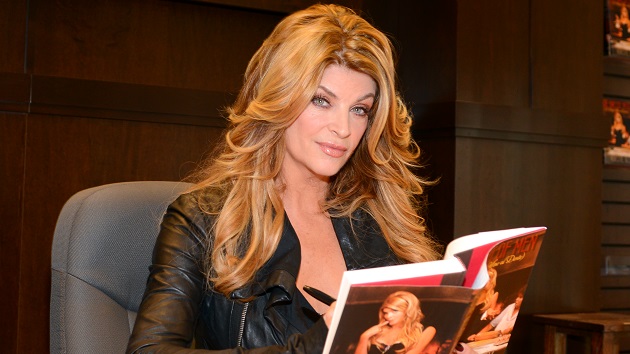 Araya Diaz/FilmMagic(LOS ANGELES) — In the era of movie and TV reboots, actress Kirstie Alley hinted that Look Who’s Talking might make its way back onto the big screen.

Alley starred in the 1989 classic movie alongside John Travolta.

The 69-year-old teased the potential reboot or continuation of the trilogy during her Wednesday appearance on The Talk.

When pressed by co-host Sheryl Underwood, Alley confirmed “John and I — We really both want to do it because we think it’s funny that we’re the grandparents and that we, you know, our kids will be ugly so that we’ll still be the stars.”

Alley jokingly added that only the grandchildren “can be really cute.”

However, she remained tight-lipped on whether or not the fourth installment is actually happening.

Said the former Dancing with the Stars contestant while throwing her hands in the air, “We don’t know what’s happening! We heard a rumor that they were doing it but I don’t know if it’s with us or without us.”

Alley appears to be really on board because she then hints that the audience should write letters before shrugging, “does anyone do that anymore?”