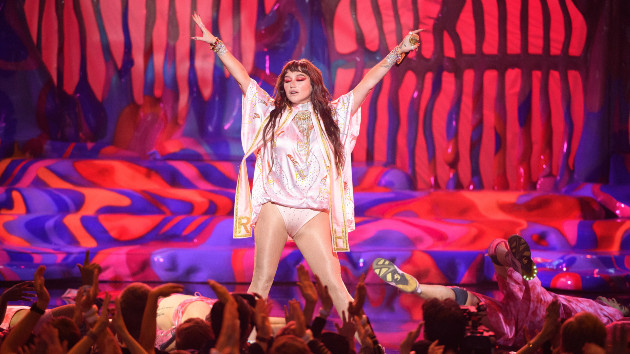 ABC/Image Group LAKesha has lined up a special post-Oscars gig.

The singer will be performing on Live with Kelly and Ryan’s annual Live After the Oscars show, set to air in national syndication on February 10 at 9 a.m. ET.

Now in its ninth year, the show will broadcast live from the Dolby Theatre at Hollywood & Highland Center the morning after the Oscars take place there.

The 92nd Academy Awards will be held on Sunday, February 9 on ABC. Kesha’s album, High Road, comes out January 31.