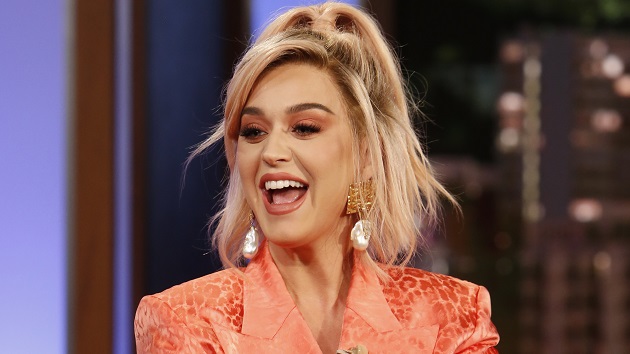 ABC/Randy HolmesNearly a year after Katy Perry and Taylor Swift famously squashed their years’ long feud, the “Roar” singer provided an update as to where their friendship currently stands.

Speaking to Australia’s Stellar on Saturday, Perry, 35, opened up about how she is getting along with Taylor, 30, these days after co-starring in her “You Need to Calm Down” music video.

“We don’t have a very close relationship because we are very busy,” Katy admitted. “But we text a lot.”

In addition, she had nothing but wonderful things to say about her newfound texting buddy, especially about Swift’s new Netflix documentary Miss Americana.

“I was impressed by her documentary,” explained The Smurfs actress, adding that she was “excited for [Taylor] to be able to show that to the world.”

However, when it came to appearing in “You Need to Calm Down,” Perry admitted it was “difficult” but “important” for her to do because of what it would inevitably symbolize.

“We wanted it to be an example of unity,” She revealed, “Forgiveness is important. It’s so powerful. If you can forgive your enemy, that’s amazing. As difficult as it is!”

Taylor and Katy first fell out in 2012, reportedly over backup dancers that were a part of their respective tours.  The fighting spawned two diss tracks regarding the other, Taylor’s “Bad Blood” and Katy’s “Swish Swish.”

However, the two worked on patching things up when, in 2018, Katy sent Taylor a literal olive branch.  The “Shake It Off” singer reciprocated by sending Perry a delicious plate of “Peace at Last” cookies.

The two definitively and publicly ended the “Bad Blood” in June 2019, by appearing as a lost burger and fries that find each other and embrace in the “You Need to Calm Down” music video.