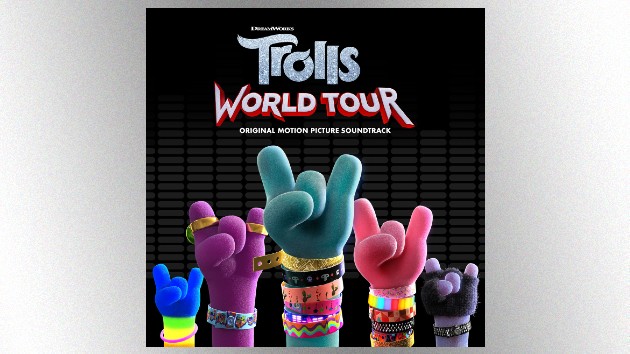 The song, “The Other Side,” is a collaboration with SZA and was co-written by Justin, SZA, Max Martin and others.  An accompanying video shows the two dancing in a variety of silvery rooms, while SZA rocks a number of different outfits, including a sparkly bodysuit.  Justin, however, sticks to basic black.  In a throwback to ’90s hip-hop clips, much of the video is shot using a fish-eye lens.

The entire Trolls World Tour soundtrack, coming March 13, was executive-produced by Justin, and features original tunes and covers of well-known songs, such as Heart‘s “Barracuda,” The Scorpions‘ “Rock You Like a Hurricane” and Daft Punk‘s “One More Time.”  The movie arrives April 17.

In addition to Justin and SZA, artists featured on the soundtrack — and in most cases, in the film as well — include Kelly Clarkson, Mary J. Blige, R&B star Anderson .Paak, funk legends George Clinton and Parliament Funkadelic, country star Dierks [derks] Bentley, sister group HAIM and many more.

“Creating something that serves the movie while still being able to exist apart from it has been a fun challenge that was made even more exciting by working with the other amazing artists that helped us put this together,” Justin says in a statement.

Here’s the track listing for the Trolls World Tour soundtrack: