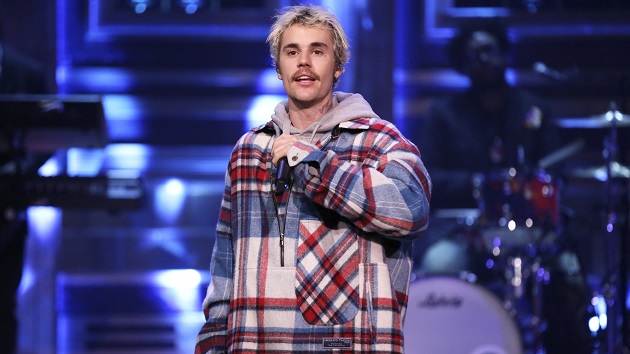 Andrew Lipovsky/NBC/NBCU Photo Bank via Getty ImagesParishioners attending Kanye West’s Sunday service enjoyed a special guest over the weekend: Justin Bieber.  The “Yummy” singer not only sat in for the service, he joined the choir and gave an emotional performance as well.

Bieber, 25, posted a clip to Instagram of him performing a piano ballad of Marvin Sapp‘s “Never Would Have Made It.”  His soulful rendition certainly electrifies the crowd as they heartily cheer him on and clap.

While he didn’t post his complete performance, Kim Kardashian was more than happy to oblige on her Instagram stories on Sunday.  She even posted his encore performance with the overhead lights dimming to a passionate red.

It’s certainly been a great weekend for the “Sorry” singer, as he celebrated a major accomplishment on Sunday.  Billboard announced his new record Changes — his first since 2015 — debuted atop the Billboard 200 chart, making it his seventh overall.