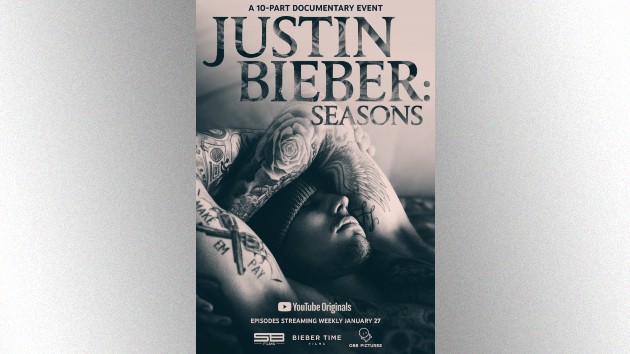 YouTube Premium subscribers will have access to the first four episodes today. They’ll also receive early access to new episodes and be able to watch the series ad-free.

The first Justin Bieber: Seasons episode, titled “Leaving the Spotlight,” focuses on Justin getting back into the studio and onto the stage two years after cancelling the remaining dates on his Purpose Tour in 2017. It features interviews with his wife, Hailey Bieber, and manager Scooter Braun, as well as follows Justin as he takes the cameras back to his hometown of Stratford, Ontario, Canada for the first since his 2011 documentary, Never Say Never.

The episode also hints that Justin’s new album is coming in February. It notes that parts of the episode were filmed in May 2019, “9 months until album release.”