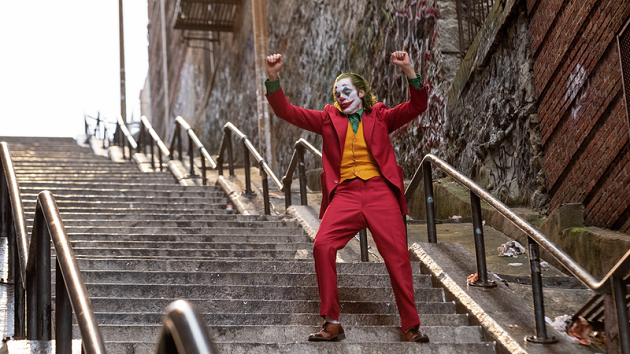 Niko Tavernise/Warner Bros. Pictures(NEW YORK) — The nominations for the British Academy of Film and Television Arts (BAFTA) movie awards — commonly referred to as the “British Oscars” — are in, and Todd Phillips’ Joker leads the pack with 11 nods.

The nominations, which often help predict the Oscar race, also singled out Quentin Tarantino’s recent Golden Globe winner, Once Upon a Time in Hollywood and Martin Scorsese’s The Irishman, both nominated for 10 awards each. Sam Mendes’ 1917 landed nine nominations.

Joker is in the running for best film, with Phillips nominated for both director and adapted screenplay. Lead actor Joaquin Phoenix is nominated in the leading actor category.

Also up for best film: 1917, The Irishman, Once Upon a Time in Hollywood and Bong Joon-ho’s Parasite.

In addition, Once Upon a Time in Hollywood earned best director and best original screenplay nominations for Tarantino, a leading actor nod for Leonardo DiCaprio, and supporting actor honors for Brad Pitt.  Margot Robbie earned a supporting actress nomination for playing Sharon Tate, along with a second nom in the same category for her role in Bombshell.

Here’s the list of the main categories for the 2020 BAFTA Awards, which take place February 2, 2018 at London’s Royal Albert Hall.  The full list can be found here:

SUPPORTING ACTOR
Tom Hanks, A Beautiful Day in the Neighborhood
Anthony Hopkins, The Two Popes
Al Pacino, The Irishman
Joe Pesci, The Irishman
Brad Pitt, Once Upon a Time in Hollywood