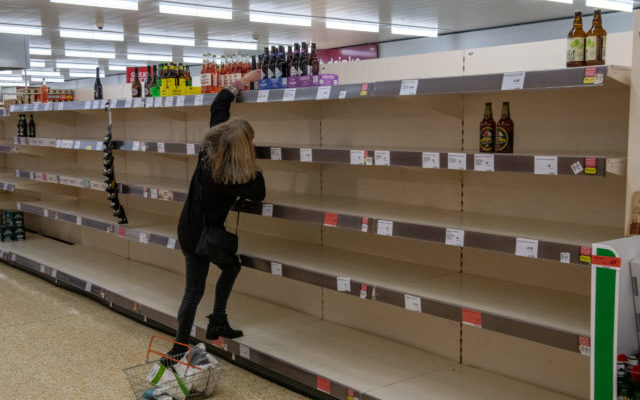 The coronavirus pandemic is bringing out the best in most of us–but the stingiest in some Instacart shoppers. Several gig workers who buy groceries for Instacart clients told CNN that users are promising big tips through the app, then pulling a bait-and-switch and retroactively reducing the tip amount once their products are delivered. Late last month, Instacart shopper Annaliisa Arambula agreed to make a grocery run that came with a $55 tip. An hour after she dropped off the delivery, the tip was changed to $8.95. “I was flabbergasted. I couldn’t believe it,” Arambula says. “It’s very demoralizing.”

Likewise, an Instacart shopper in Pennsylvania who only gave her name as Jennifer G. says she’s seen a $32.94 tip on a 27-item order from Sam’s Club changed to $0, as well as a $13.31 tip on a 38-item order from another store. An Instacart rep says the company recently removed the “none” tip option, although users can still manually enter a $0 tip. The spokesperson also claims most users last month adjusted their tip upward, or at least left it as is, after their deliveries arrived.