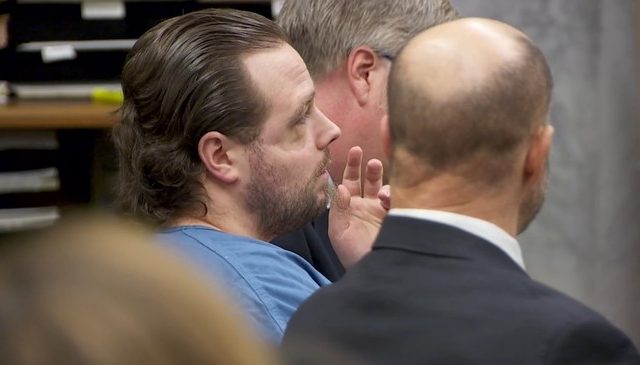 Portland Ore – The murder trial of Jeremy Christian began Tuesday morning in Portland with graphic opening statements by the prosecution, painting a picture of a brutal — and unexpected — attack on three men aboard public transportation.

Christian’s defense team argued the self-professed white supremacist was defending himself that day on the train because he was being assaulted.

And in the afternoon, three young black women, who were on the train that day, delivered emotional testimony.

Christian is accused of boarding a crowded MAX train in May 2017 and aiming a racist, hate-filled rant at two black teenage girls, one of whom was wearing a hijab. He’s then accused of stabbing three men who intervened or stood nearby.