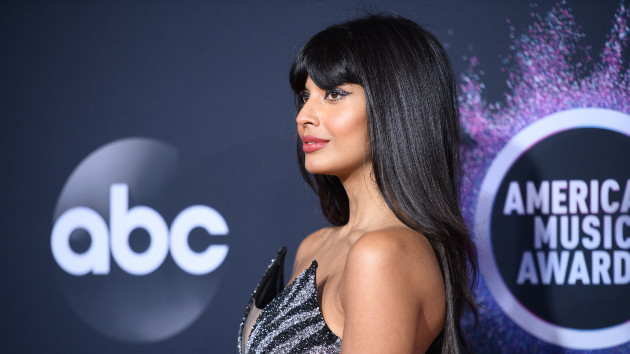 ABC/Image Group LA(LONDON) — Don’t come for Jameela Jamil and not expect a response.

The television host and actress took to Twitter on Sunday to set the record straight after she was called out by Piers Morgan for allegedly being a hypocrite by encouraging cyber bullying. The British broadcaster used a screenshot of a private direct message between himself and late Love Island host Caroline Flack to try and prove his point.

“Jameela Jamil is having a lot to say about online harassment,” Morgan tweeted. “So in the interests of balance, here is a message Caroline Flack sent me last October after the same Jameela Jamil led an online pile-on against her regarding a new TV show she was doing.”

In the screenshot messages Flack wrote, “I’m struggling with Jameela… The hate she aims at me.”

It didn’t take long for Jamil to set the record straight. Less than two hours after Morgan’s post, The Good Place actress replied, “Piers Using a dead woman who I was friends with, as a weapon to try to create further harassment for me as I’ve JUST explained publicly that last week I felt suicidal… is why he is this industry’s most problematic.”

“My criticizing a *show* did not aim any hate at Caroline,” she clarified. “I simply said I found the show “surjury” (not her) problematic for kids to watch.”

Jamil later posted in a followup tweet that she will no longer “allow this conversation to carry on” because Flack cannot speak for herself, another point she lambasted Morgan over by calling him “a bullying parasite.”

Surjury, which the network has decided not to air in the wake of Flack’s death, was a reality show where a jury decided if a person would receive the cosmetic surgery of his or her dreams.