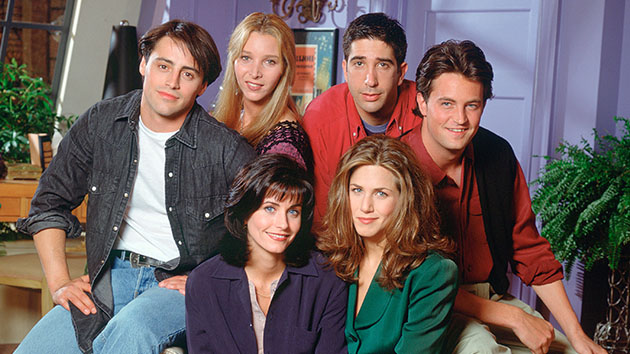 Reisig & Taylor/NBCU Photo Bank/NBCUniversal via Getty Images(LOS ANGELES) — That much-hyped Friends reunion is officially a go — the cast will reunite for an exclusive, unscripted special on HBO Max.

“Guess you could call this the one where they all got back together — we are reuniting with David, Jennifer, Courteney, Matt, Lisa, and Matthew for an HBO Max special that will be programmed alongside the entire Friends library,” said Kevin Reilly, chief content officer at HBO Max and president of TBS, TNT, and truTV, in a statement obtained by Variety.

The cast will return to the original Friends soundstage, Stage 24, on the Warner Bros. Studio lot in Burbank to celebrate the long-running series, according to the industry trade, for which the six stars will receive at least $2.5 million apiece.

Rumors of a reunion began swirling last fall, just months after HBO Max nabbed the streaming rights to the show from Netflix.  The special, as well as all 236 Friends episodes that were taped over 10 seasons between 1994 and 2004, will be available when the streaming service launches in May.