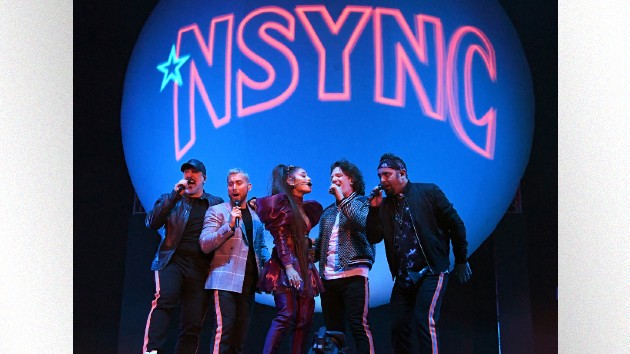 Kevin Mazur/Getty Images for AGEver since four-fifths of *NSYNC reunited last year to perform with Ariana Grande at Coachella, speculation has swirled that the group may launch a full-fledged reunion tour.  Now, *NSYNC’s JC Chasez is reportedly trying to get some actual data about what such a reunion would look like.

An insider supposedly tells Page Six, JC is doing his “due diligence” and “the appropriate research” ahead of a possible 2020 reunion.  March marks the 20th anniversary of the band’s monster album, No Strings Attached.

Notes the insider, “Anyone who knows JC knows that everything he does, whether it pertains to the original group and even Coachella, is done in a very thoughtful and meticulous matter.”

The singer was spotted “having dinner and drinks with Kyle Hanagami, who was the artistic director and choreographer for the *NSYNC and Ariana Grande appearance at Coachella,” dishes the insider.

Because any *NSYNC reunion would almost certainly happen without Justin Timberlake, it appears as though JC is collecting information on that specific scenario.

A few days ago, Variety reported that last year, JC flew to London to meet with Gary Barlow of the British boy band Take That, which successfully toured without their other lead singer, Robbie Williams.

The publication also said JC met with Simon Cowell, who encouraged him to reunite with *NSYNC “regardless of Justin,” pointing to the Spice Girls, who successfully reunited without Victoria “Posh Spice” Beckham.