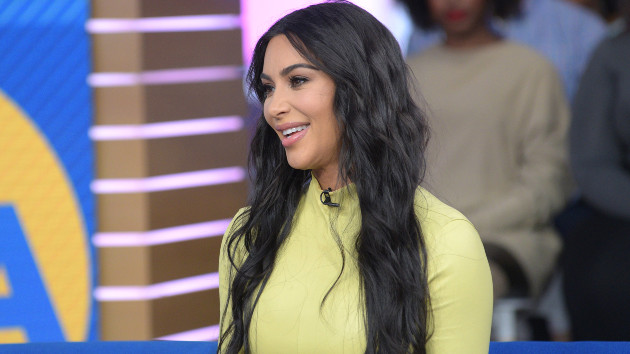 So how is Kanye going to top things this year? Kim says she has “no idea.”

“I was literally about to volunteer at my daughter’s school. She loves it when I’m like, you know, the class mom,” Kim explains to ABC Audio. “I was debating, I was like, do I do that or is he going to have something planned?”

“But I did it last year and as I was walking out to go do that, Kenny G was in my living room,” she adds. “So we’ll have to see.”

Kim says she’s not the only one who benefited from the Kenny G surprise — Kanye went on to record a song with the saxophonist later that year.  But while she calls last year’s Valentine’s Day “so special,” Kim insists she doesn’t need anything over-the-top this year, just as long as she’s with her family.

“I would be happy with just, you know, honestly chilling and just as long as we’re together and spending time together,” she says. “The kids love Valentine’s Day.”

Kim’s fans will get a Valentine’s gift this year, too: Kim is launching a limited edition pale pink collection of SKIMS shapewear, and she’s sending out press boxes to some of her biggest supporters.